I am not a JavaScript developer. However, I was given a task at work recently that forced me to enter the abyss and get good at keeping my Promises.

I was asked to create a webinar on helping developers become better SREs through observability and instrumentation. The objective was to take a broken web app and add enough monitoring and logging to it to make troubleshooting its brokenness easier. (I’ll update this post with a link when we broadcast it on April 22nd!)

The web app under repair was a React app with a Rails backend. JavaScript time.

While getting Prometheus wired up with the Rails backend was pretty easy, I had a shockingly difficult time getting it working with Node and React. The web app was created with Create React App, which makes it stupidly easy to get started with React with the help of thousands of lines of black magic (no, seriously; look at the codebase if you don’t believe me). While Create React App handles starting the Express web server for you, it doesn’t provide a whole lot in the way of configuring that server.

I spent several hours figuring out how to get React and Prom talking to each other (and finding surprisingly little in instrumenting a React app with Prom). I succeeded! It was WAY easier than I thought.

I hope this blog post saves you hours of pain. Apologies for any JavaScript errors or misgivings; JS isn’t my bag!

I’m going to assume that you have a Prometheus server already configured, so I won’t cover getting started with Prometheus. Read the excellent configuration documentation if you’re interested in learning more.

I’m also going to assume that your app was created with Create React App and is using the built-in Express server that comes with react-scripts. 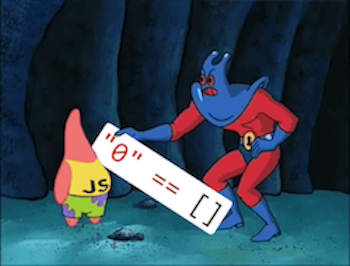 How to Avoid Pain and Suffering 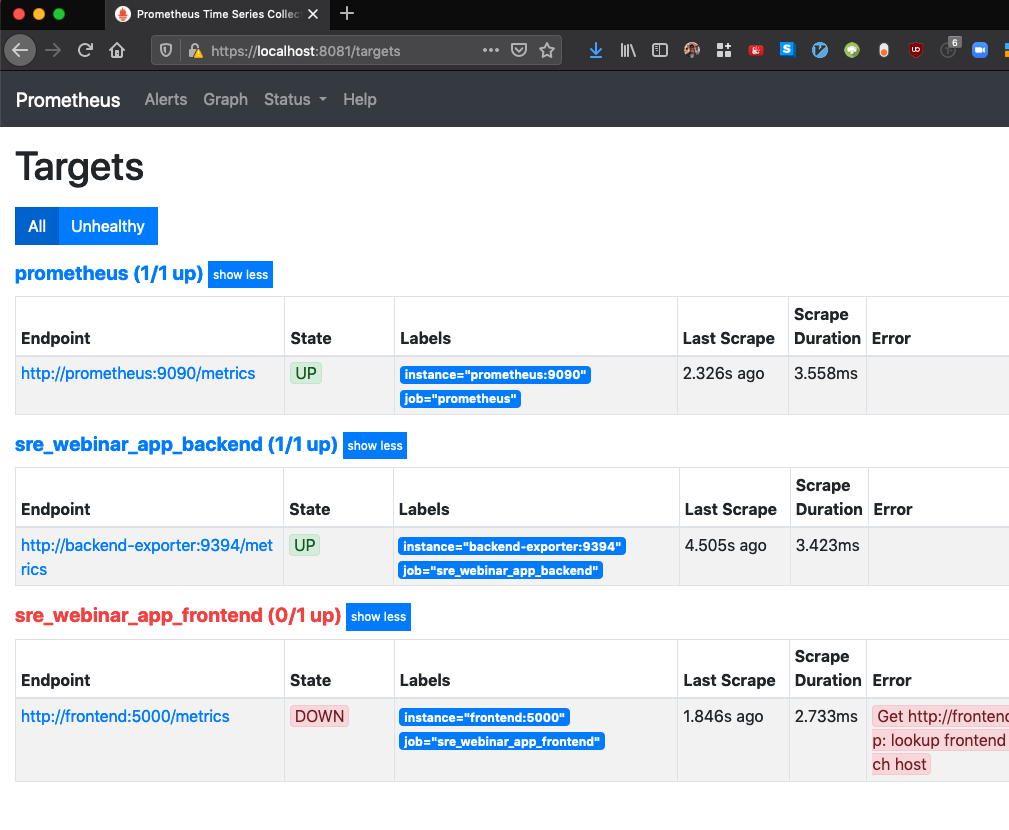 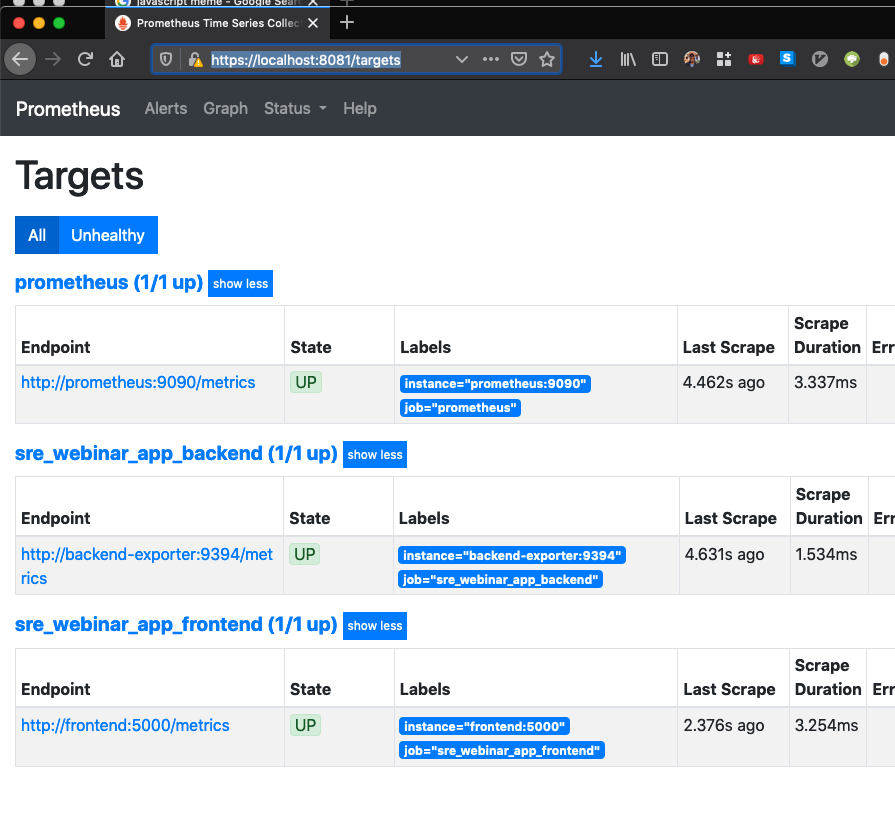