One of the more interesting types of work we do at Contino is help our clients make sense of the differences between AWS and Microsoft Azure. While the HashiCorp toolchain (Packer, Terraform, Vault, Vagrant, Consul and Nomad) have made provisioning infrastructure a breeze compared to writing hundreds of lines of Python, they almost make achieving a multi-cloud infrastructure deployment seem too easy.

This post will outline some of the differences I’ve observed with using these tools against both cloud platforms. As well, since I used the word “multi-cloud” in my first paragraph, I’ll briefly discuss some general talking points on “things to consider” before embarking on a multi-cloud journey at the end.

Azure and ARM Are Inseparable

Alas, when you create VMs with Terraform or machine images with Packer, you’re really asking the AWS Golang SDK to do those things. This is mostly the case with Azure, with one big exception: the Azure Resource Manager, or ARM.

ARM is more-or-less like AWS CloudFormation. You create a JSON template of the resources that you’d like to deploy into a single resource group along with the relationships that should exist between those resources and submit that into ARM as a deployment. It’s pretty nifty stuff.

However, instead of Terraform or Packer using the Azure Go SDK directly to create these resources, they both rely on ARM through the Azure Go SDK to do that job for them. I’m guessing that HashiCorp chose to do it this way to avoid rework (i.e. “why create a resource object in our provider or builder when ARM already does most of that work?“) While this doesn’t have too many implications in how you actually use these tools against Azure, there are some notable differences in what happens at runtime.

My experience has shown me that the Azure ARM Terraform provider and Packer builder takes slightly more time to “get going” than the AWS provider does, especially when using Standard_A class VMs. This can make testing code changes quite tedious.

Consider the template below. This uses a t2.micro instance to provision a Red Hat image with no customizations.

Assuming a fast internet connection (I did this test with a ~6 Mbit connection), it doesn’t take too much time for Packer to generate an AMI for us.

Let’s repeat this exercise with Azure. Here’s that template again, but Azure-ified:

And here’s us running this Packer build. I decided to use a Basic_A0 instance size, as that is the closest thing that Azure has to a t2.micro instance that was available for my subscription. (The Standard_B series is what I originally intended to use, as, like the t2 line, those are burstable.)

Notice that it takes almost TEN times as long with the same Linux distribution and similar instance sizes!

The worst part about this is that it takes this long even when it fails!

Notice the “Deleting resource group…” line I highlighted. You’ll likely spend a lot of time looking at that line. For some reason, cleanup after an ARM deployment can take a while. I’m guessing that this is due to three things:

Pro-Tip: Use the az Python CLI before running things!

As recovering from Packer failures can be quite time-consuming, you might want to consider leveraging the Azure command-line clients to ensure that inputs into Packer templates are correct. Here’s quick example: if you want to confirm that the service principal client_id and client_secret are correct, you might want to add something like this into your pipeline:

This will save you at least three minutes during exection…as well as something else that’s a little more frustrating.

The AWS provider and builder are more actively consumed

Both the AWS and Azure Terraform providers and Packer builders are mostly maintained internally by HashiCorp. However, what you’ll find out after using the Azure ARM provider for a short while is that its usage within the community pales in comparison.

I ran into an issue with the azure-arm builder whereby it failed to find a resource group that I created for an image I was trying to build. Locating that resource group with az groups list and the same client_id and secret worked fine, and I was able to find the resource group in the console. As well, I gave the service principal “Owner” permission, so there were no access limitations preventing it from finding this resource group.

After spending some time going into the builder source code and firing up Charles Web Proxy, it turned out that my error had nothing to do with resource groups! It turns out that the credentials I was passing into Packer from my Makefile were incorrect.

What was more frustrating is that I couldn’t find anything on the web about this problem. One would think that someone else using this builder would have discovered this before I did, especially after this builder having been available for at least 6 months since this time of writing.

It also seems that there are, by far, more internal commits and contributors to the Amazon builders than those for Azure, which seem to largely be maintained by Microsoft folks. Despite this disparity, the Azure contributors are quite fast and are very responsive (or at least they were to me!).

Getting Started Is Slightly More Involved on Azure

In the early days of cloud computing, Amazon’s EC2 service focused entirely on VMs. Their MVP at the time was: we’ll make creating, maintaining and destroying VMs fast, easy and painless. Aside from subnets and some routing details, much of the networking overhead was abstracted away. Most of the self-service offerings that Amazon currently has weren’t around, or at least not yet. Deploying an app onto AWS still required knowledge on how to set up EC2 instances and deploy onto them, which allowed companies like Digital Ocean and Heroku to rise into prominence. Over time, this premise seems to have held up, as most of AWS’s other offerings heavily revolve around EC2 in various forms.

Microsoft took the opposite direction with Azure. Azure’s mission statement was to deploy apps onto the cloud as quickly as possible without users having to worry about the details. This is still largely the case, especially if one is deploying an application from Visual Studio. Infrastructure-as-a-Service was more-or-less an afterthought, which led to some industry confusion over where Azure “fit” in the cloud computing spectrum. Consequently, while Microsoft added and expanded their infrastructure offerings over time, the abstractions that were long taken for granted in AWS haven’t been “ported over” as quickly.

This is most evident when one is just getting started with AWS and the HashiCorp suite for the first time versus starting up on Azure. These are the steps that one needs to take in order to get a working Packer image into AWS:

If you want to understand why an AWS VPC requires an internet gateway or how IAM works, finding whitepapers on these topics is a fairly straightforward Google search.

Getting started on Azure, on the other hand, is slightly more laborious as documented here. Finding in-depth answers about Azure primitives has also been slightly more difficult, in my experience. Most of what’s available are Microsoft Docs entries about how to do certain things and non-technical whitepapers. Finding a Developer Guide like those available in AWS was difficult.

Using multiple cloud providers is a smart way of leveraging different pricing schemes between two providers. It is also an interesting way of adding more DR than a single cloud provider can provide alone (which is kind-of a farce, as AWS spans dozens of datacenters across the world, many of which are in the US, though region-wide outages have happened before, albeit rarely.

HashiCorp tools like Terraform and Packer make managing this sort of infrastructure much easier to do. However, both providers aren’t created equal, and the AWS support that exists is, at this time of writing, significantly more extensive. While this certainly doesn’t make using Azure with Terraform or Packer impossible, you might find yourself doing more homework than initially expected! 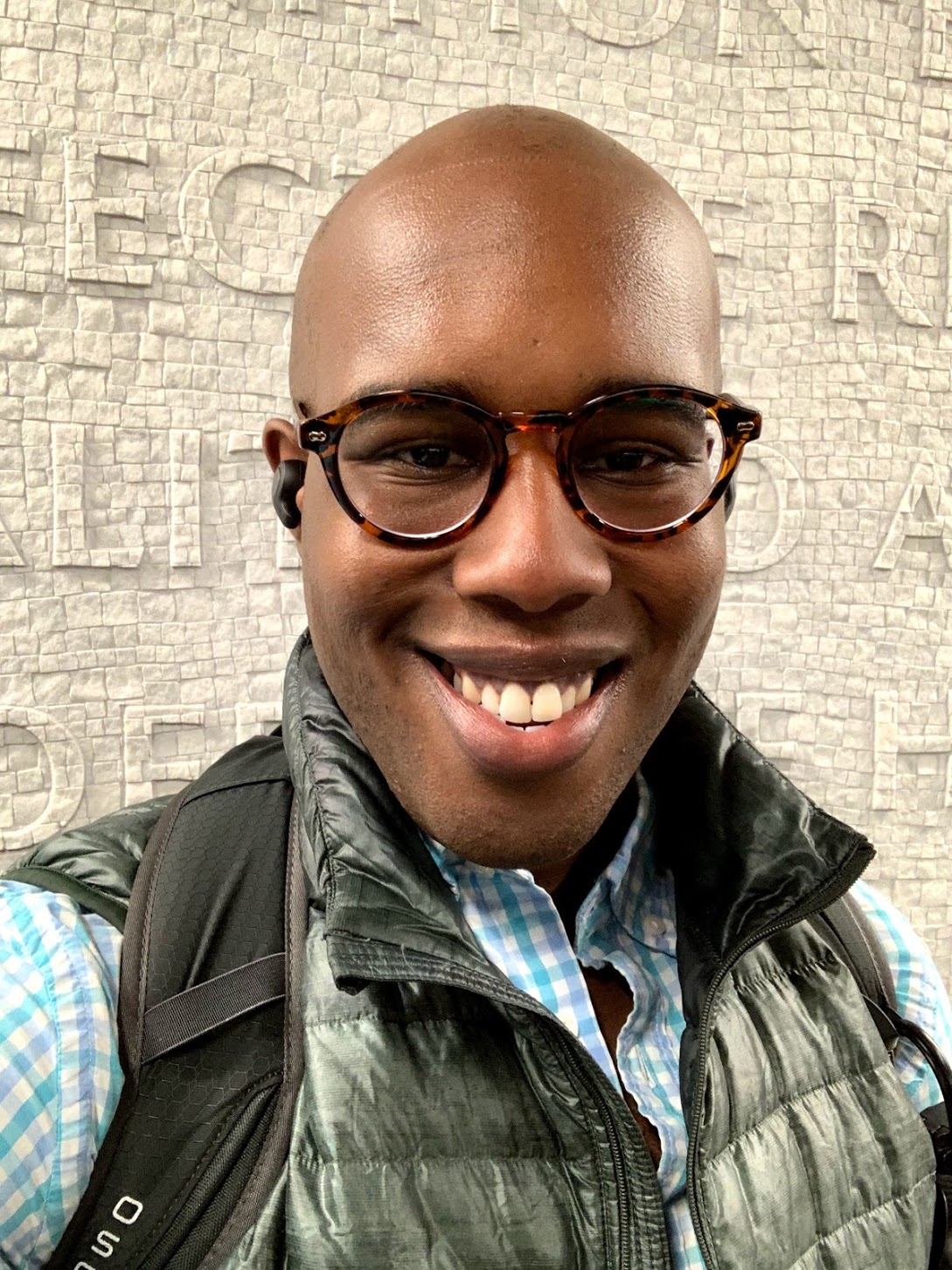 My name's Carlos Nunez. I am an engineering consultant with Contino, an international DevOps, Cloud and software consultancy whose mission is to help transform every company into a technology-first company through upskilling and world-class engineering. My mission is to help large enterprises close gaps between product, business and engineering so that they can please their customers and make more money. When I'm not with my clients, I enjoy travel, writing, and visiting new breweries, wineries and distilleries.